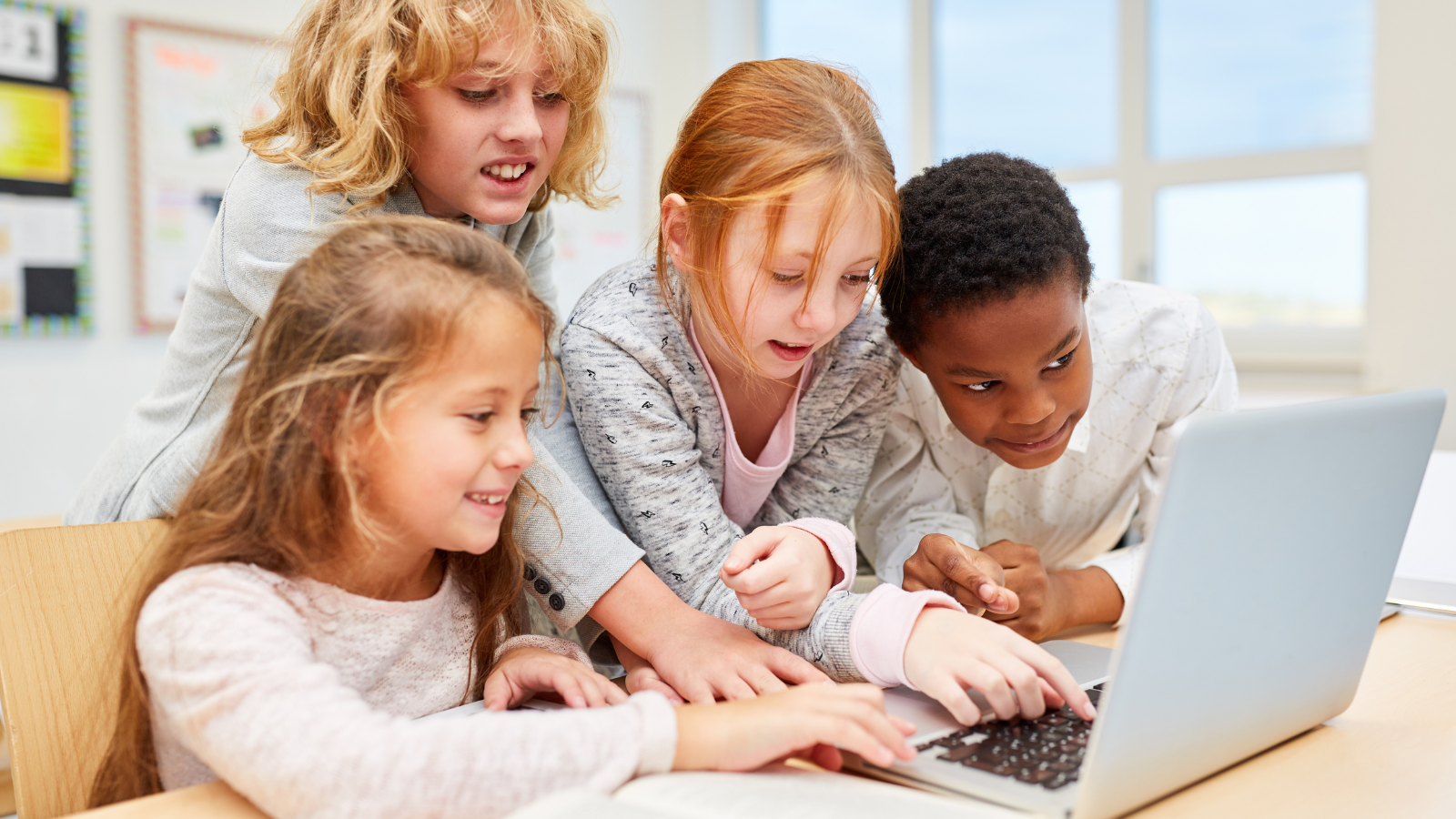 Genius Hour- Beyond a Class Period

It’s not often that students find themselves unable to move, caught in a state of disbelief at something they’ve just discovered.  It’s even rarer that they sprint across the classroom to share their discoveries with their teachers and classmates. These moments are the moments we remember as they capture complete and utter engagement.

Most of this magic occurred during our own Genius Hour, which my last fourth-grade class referred to as JUST QLICC (Question, Learn, Inform by Creating, and Change the World). We developed the acronym from Google’s “20% Time” structure and “just clicking” reminded us that we were committed to using technology with a purpose. 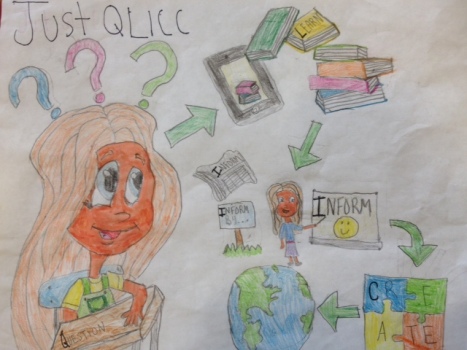 In our JUST QLICC Chant, the clicking sound was of course part of the fun!

In the beginning, I honestly had no idea how it was going to work or if we would be successful.  I had always committed to service learning projects, but knew I was about to give my students more freedom than ever before.  It certainly wasn’t easy, not only letting them lead, but doing so in a way where I could still guide them in making appropriate decisions.  It took several weeks of modeling, highlighting examples of children their own age changing the world, and of course giving students time to tackle this question:  What am I passionate about?

Nonetheless, Wednesday afternoons became untouchable. It was an exciting time, but also a bit scary.  What would my role be now?  Often I would have parent volunteers and I wasn’t quite sure what to tell them other than, “Please walk around, help where you can, and enjoy the chaos.”  I found myself immersed in student-led conferences that were more intense than any conferences I had experienced.  Searching for websites, creating mini-lessons, designing graphic organizers, and contacting mentors all on the fly also became a part of my routine. Busy every second, our JUST QLICC time would suddenly come to a halt as it was time for dismissal and it would always hit me how little teaching I had done. Then again, it may have been the best teaching I had ever offered a group of students.

The greatest challenge was helping my fourth graders understand that yes, they had to in some way make a difference in some kind of community.  This was a difficult concept to grasp even for me- “How do I do that?” was a common thought among all of us. Needless to say, we had many discussions as both a group and individually revolving around this question. What I reiterated to my curious students was that anything we could do from sending clean water to Africa to writing an ABC book for first graders was making a difference for at least one person (or animal or community) in our own unique way.

We were presenting our projects on June 4th that year, and admittedly, I became pretty nervous in May.  What once fell on Wednesday afternoons became just about every reading and writing period. Not only were students required to present their research and contribution, but thanks to an innovative colleague, were also expected to create a simulation and in addition, connect their projects to Black History, honoring someone who inspired them in their learning.  I knew deep down, though, that regardless of the outcome we had something special our school had never seen before.

After all, when a ten-year-old student creates a 3D prototype for a solar-powered blanket hoping to one day help the homeless, you know you have encouraged innovation. When another student shows up with a parakeet persuading her listeners that birds should be used as therapeutic animals, you know you have promoted “no box” thinking. And when two students join forces to create their own official book donation organization, because they firmly believe every human should have a book, you know you are empowering the next generation to be good people.

So when June 4th came, along with an eager group of adults waiting by the doorways of the cafeteria, I was feeling more confident with what we were all about to experience. The next hour of my life, however, was unforeseeable. I believe I am the one who this time stood in disbelief and then quickly sprinted to my iPad to tweet exactly this: “Seeing Genius Hour come to life this year in front of families was the best hour of my career!” I couldn’t wait to share the power in what I had just witnessed.

My students had become the experts convincing their parents the real-world issues they had so passionately researched were worth paying attention to. So when parents left in awe, unable to get over the vast amount of knowledge, confidence, and empowerment they had just witnessed, I knew my students become leaders. For the next two weeks, families took action. Hundreds of books, several items for greyhounds, and pledges to plant vegetables for food pantries were collected.  Over $1,000 were raised and split among several organizations including the Imagination Foundation sparked by Caine’s Arcade so that schools everywhere can be touched by innovation and creativity. 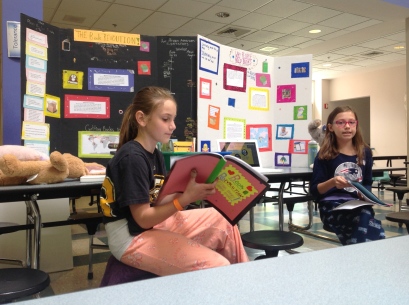 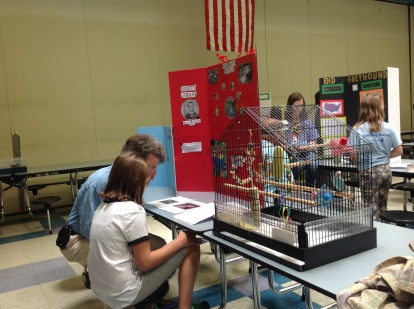 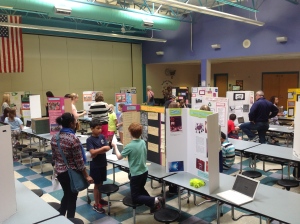 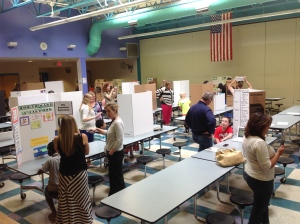 Allowing students to create their own rubrics and grade themselves was inspiring (and there wasn’t one student who didn’t bring his/her superpower:).

I encourage any educator who hasn’t given Genius Hour a try, to go out there and at least get something started. We want our students to experience moments that they’ll remember, that you’ll remember, and that the people they empower will find impossible to forget.  Find your Genius Hour inspirations. For me, it was Angela Maiers and Don Wettrick. What you’ll find is engaged students making Genius Hour time more than an hour, but a way of thinking, a way of learning that motivates them to run back the next day knowing they can indeed make a difference.

Nili Bartley is currently a technology teacher and digital learning and innovation coach in Natick, MA. After an eleven-year adventure in the classroom, Nili’s technology integration role at the elementary level for the next three years pushed her to see the importance of a thriving culture and led her to write “Lead Beyond Your Title: Creating Change in School from Any Role.”  Nili continues to grow as a teacher and coach after taking the leap to middle school and as a MassCUE Committee Member and Champion, BrainPOP Certified Educator, and enthusiastic presenter, she is committed to sharing her passions beyond the school community and is always excited to connect with other educators.